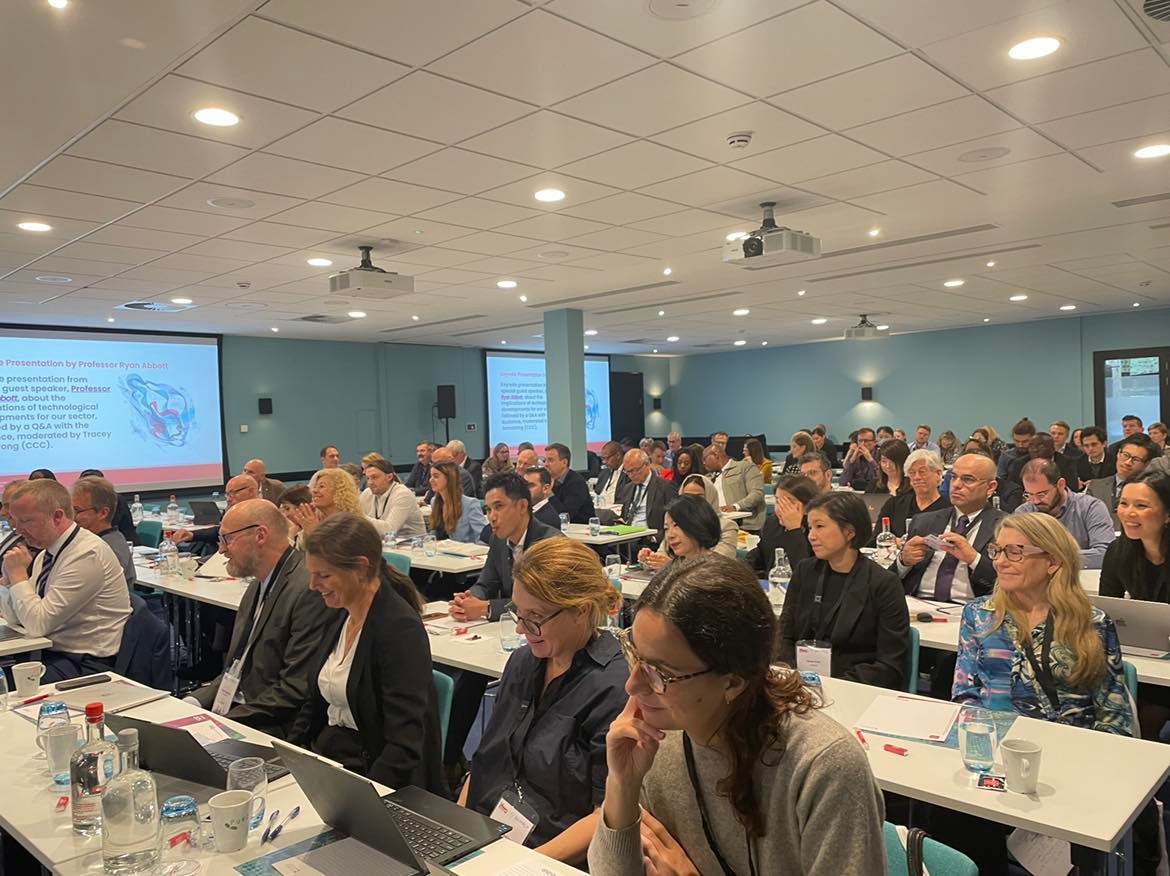 IFRRO members recently came together for the annual General Assembly, in one of the first large-scale in-person meetings for the organisation since the pandemic. While predominantly an in-person event, online options allowed for wider participation from members around the globe and we reached a new attendance record with over 160 representatives from 114 member organisations from the international collective rights management sector participating in discussions.

Hosted in Brussels, Belgium the programme spanned over 4 days from 24 – 27 October and included a keynote talk from renowned AI specialist, Professor Ryan Abbott which contended with the question of potential impacts of machine learning on rights management and explored the role of licensing in the growing trend towards large-scale text and data mining (TDM) practices. The program also included roundtable discussions for publisher, author, and RRO groups as well as key dialogues for several IFRRO fora and committees and working groups, including the Legal Issues Forum, the European Group, Visual Working Group, Newspapers and Periodicals Working Group, and the PLR Forum.

In recognition of the ongoing war against Ukraine, the General Assembly was asked to consider an important statement in support of the Ukrainian people and all those who speak out against tyranny. At its meeting on Tuesday 25th October, the IFRRO General Assembly, with an overwhelming majority, passed a Resolution in Condemnation of Russian Government, and in Support of Ukrainian Authors and Publishers.

This year’s IFRRO General Assembly also saw the election of a new Board of Directors – comprising of 12 Directors from wide-ranging professional and cultural backgrounds, the newly elected Board is a strong reflection of IFRRO’s diverse membership and representation. We are thrilled to congratulate the new Directors on their appointment, who will undoubtedly continue IFRRO’s work to support creators and rightsholders around the world and to strengthen our global community of collective management organisations.