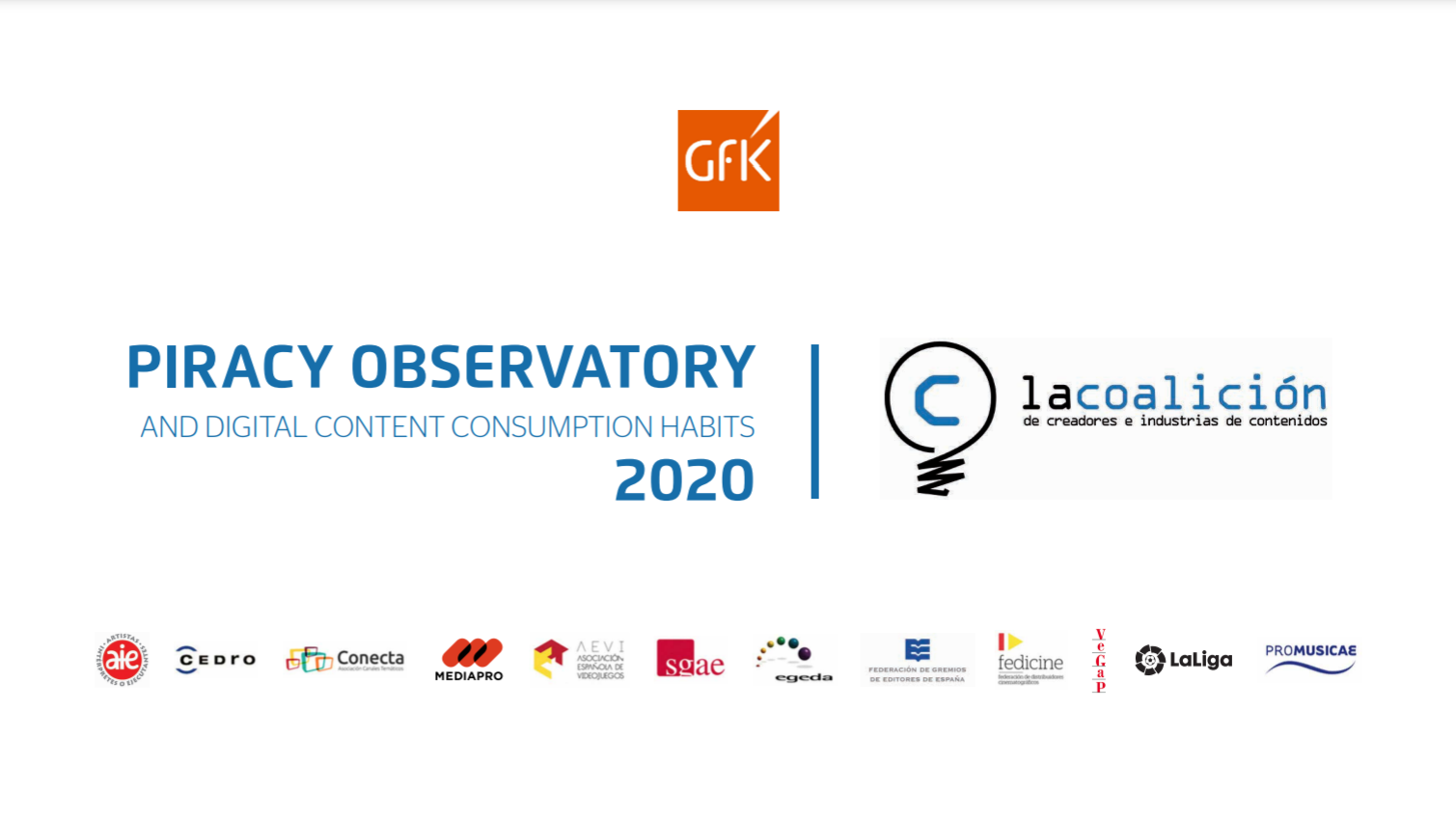 A new report, “Piracy observatory and digital content consumption habits 2020”, published by La Coalición de Creadores e Industrias de Contenidos (which includes IFRRO members CEDRO and VEGAP), shows that there has been an increase in the use of social networks to access illegal content in Spain.

The report, which was prepared by the independent consultancy GfK on the basis of a survey of Spanish resident internet users, indicates that while there was a decline in digital piracy in Spain in absolute figures, content worth €30.892 billion was illegally accessed, with the damage to the sector amounting to €2.416 billion in this period (music 482 million euros, films 322 million, series 138 million, books 240 million, video games 205 million, football 231 million, newspapers 345 million, magazines 426 million and sheet music 28 million).

IFRRO is concerned that the EU’s proposed Digital Services Act does not include such services within its scope and has asked EU decision-makers to review this approach, as it could lead to online infringements moving to these services with impunity, contrary to the ethos of the DSA (see here for details).

For more information about the report Piracy observatory and digital content consumption habits 2020, in both English and Spanish, see here.