Collective licensing plays a key role in authorising the making available of out of commerce works (OOCW) online to the public.

In the European Union (EU), the Copyright in the Digital Single Market (“DSM”) Directive (2019/790) is the first EU legislation directly addressing the digitisation of OOCW. The EU approach to this issue may well have implications for how it will be resolved elsewhere in the world in the future. Digitisation of OOCW is a topic that is certainly getting increasing attention outside of the EU, including at WIPO. 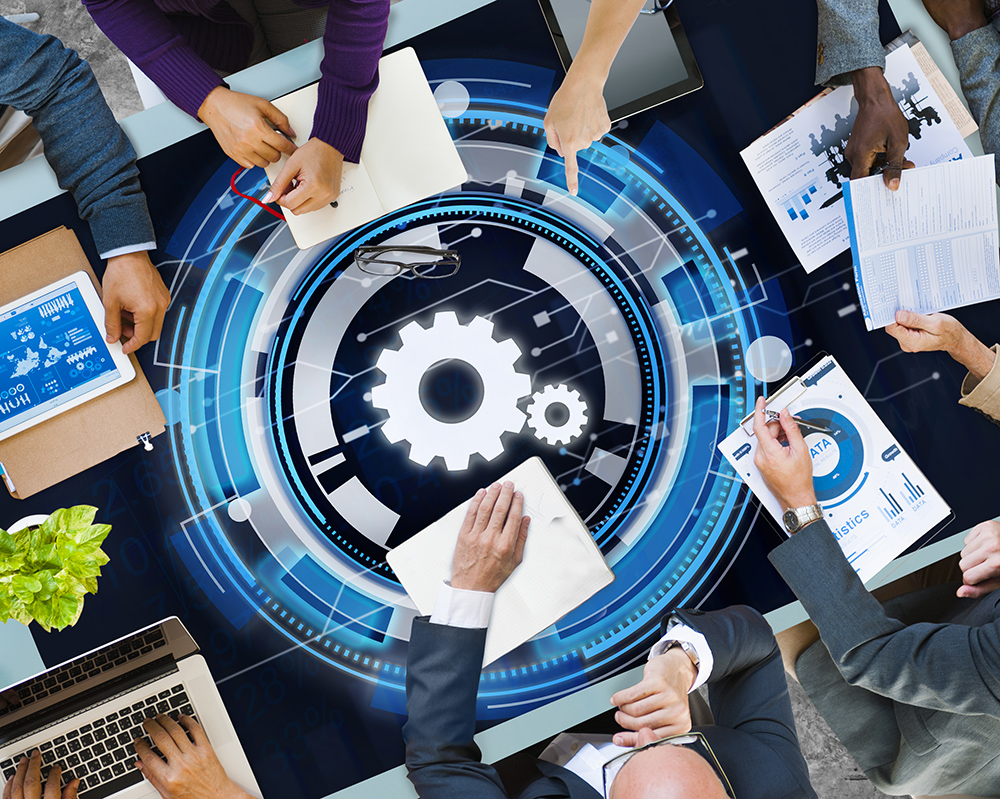 IFRRO has prepared a guide on licensing of the digitisation and making available of OOCW by CMOs in the text and image sector. It aims to provide practical assistance in the development of licensing solutions, as well as addressing issues raised in relation to the DSM Directive provisions on OOCW.

The guide aims to clarify what authors and publishers should expect from EU CMOs if their works fall under an OOCW digitisation project. It draws upon the experiences of those IFRRO members that have already been involved in licensing projects concerning OOCW.

IFRRO has asked its members to inform IFRRO about any national OOCW schemes, with a view to such schemes being publicised on this webpage to generate broader awareness among RROs and rightholders.

The guide can be accessed here.

The DSM Directive provisions on out of commerce works were preceded by various initiatives to make Europe's rich cultural and scientific heritage available online. These included the i2010 Digital Libraries initiative in 2005, which was in part a response to the announced Google plan to "digitise 15 million books from four major libraries in the US and one in Europe".

A High-Level Expert Group (HLEG) with stakeholder representatives was established in 2006. Its copyright subgroup, in which IFRRO and some of its members played a key role, delivered a final report in 2007, which included amongst other things, model licence agreements on digitising and making available to the public OOCW - for the offline and online environments; key principles for the clearances of rights to digitise and make works available; and key principles for OOC and orphan works databases (portals).

A subsequent stakeholder dialogue led by the European Commission, focused on books and journals, resulted in a 2011 Memorandum of Understanding on Key Principles on the Digitisation and Making Available of Out-of-Commerce Works (MoU), signed by IFRRO and several IFRRO members (EFJ, EVA, EWC, FEP, STM), as well as the European Publishers Council (EPC), the three European library associations (CENL, EBLIDA and LIBER) and the European Commission.

The MoU established that collective management by a CMO, such as an RRO, is the preferred solution to licence CHIs for their use of OOC books and journals when various conditions for licence agreements, and for the CMOs signing them, are respected.

The objective of the DSM Directive is to make it easier for Cultural Heritage Institutions (CHIs) to obtain licences from CMOs for certain uses of OOCW that are permanently in the collections of CHIs. The key provisions are Articles 8 – 11, together with recitals 29 – 43. Here is a short overview:

The Directive makes it clear that the main mechanism to allow CHIs to digitise and make OOCW accessible to the public, is collective licensing. Art. 8(1) states:

“Member States shall provide that a collective management organisation, in accordance with its mandates from rightholders, may conclude a non-exclusive licence for non-commercial purposes with a cultural heritage institution for the reproduction, distribution, communication to the public or making available to the public of out-of-commerce works or other subject matter that are permanently in the collection of the institution, irrespective of whether all rightholders covered by the licence have mandated the collective management organisation, on condition that:

(a) the collective management organisation is, on the basis of its mandates, sufficiently representative of rightholders in the relevant type of works or other subject matter and of the rights that are the subject of the licence; and

(b) all rightholders are guaranteed equal treatment in relation to the terms of the licence.”

Member States must also provide for a “fall-back” exception or limitation under Art. 8(2) when no CMO exists that fulfils the condition set out in point (a) of paragraph 8(1).

Under Art. 8 (4) all rightholders may, at any time, easily and effectively, exclude their works or other subject matter from the licensing mechanism set out in Art. 8(1) or the exception or limitation provided for in Art. 8(2) either in general or in specific cases.

Licences must be sought from a CMO that is representative for the Member State where the CHI is established (Art. 8(6).

Article 8 does not apply to sets of OOCW which are “predominantly” made up of “works of third country nationals” (Art. 8.7). This is especially important in light of cross-border availability (dealt with under Art. 9).

Article 10 (on “Publicity Measures”) obliges Member States to ensure that information about the OOCW and other relevant details regarding a licence or exception, such as the territories covered, as well as the opt-out options available to rightholders, are publicised in the Portal established and managed by the EUIPO. This information should be available at least six months before the works are made available under the licence or exception.

On 7 June 2021, the European Union Intellectual Property Office (EUIPO) OOCW Portal was launched. IFRRO worked closely with the EUIPO and other key stakeholders in the months following the adoption of the DSM Directive, as the EUIPO consulted on the development of the Portal.

The OOCW Portal provides access to information about OOCW that could be used under the new mechanisms introduced by the Directive (i.e., a licence or a ‘fall-back’ exception where no “sufficiently representative” CMO exists). This information must be available 6 months before works are made available under the licence or exception. The Portal also makes it easier for rightholders to opt-out of the new mechanisms (although it is not in itself an opt-out instrument).

IFRRO, Europeana, EVA and FEP together organised an event, on 7 June 2021, to mark the launch of the Portal. The event included a demonstration of how the Portal works by the EUIPO (see further details here), with several speakers remarking on the good cooperation between the different stakeholders and emphasizing the importance of stakeholder dialogue for national implementation of the rules. A recording of the event is available here and a short summary of the event available here.

On 23 September 2021, a joint FEP / EWC / IFRRO webinar was held entitled “Out of commerce works in Europe, is the EUIPO portal the solution?”, during which members raised questions and concerns in a Q&A with Gyta Berasnevičiūtė-Singh of the EUIPO on the practicalities of the Portal. Gyta’s presentation (see here) included an update on participation in the Portal since its launch on 7 June 2021. The EUIPO is still focused on completing ‘Phase 1’ of implementing the Portal. Phase 2 will focus on usability and making the Portal more user-friendly.

On 28 June 2022, IFRRO spoke at the closing session of the EUIPO’s 2022 OOCW “Datathon”, which aimed to – amongst other things - bring together stakeholders to increase the visibility of the OOCW system.  IFRRO discussed the role of CMOs in the licensing of OOCW digitisation schemes, emphasising that trust in the system was critical to its success. See IFRRO speaking points here.

IFRRO continues to be engaged with the EUIPO as it further develops the Portal, as well as with other key stakeholders.

Various digitisation projects involving CHIs and CMOs have been launched in Europe, some of which involve IFRRO members. For example:
Germany
In Germany, on the basis of legislation, the Federal Republic of Germany and the “German Länder” have concluded a framework contract with the CMOs VG WORT and VG Bild-Kunst enabling the digitisation and making available of out of commerce books (published before 1966), limited to those that the digitising institution holds permanently in its collection. VG Wort has been mandated by its affiliated rightholders through a modification of the representation agreement. The law presumes that the RROs concerned represent all affected rightholders, including non-mandating ones (legal presumption of representation). There is an agreed one-off payment, for the making available of the licenced OOCW. By June 2021 around 45,000 works had been licenced, with very few objections raised. After the implementation of the DSM Directive in Germany in June 2021, the whole licensing system must be adapted to the new law.
Norway

Bokhylla.no – the “Bookshelf” agreement - is based on extended collective licensing (ECL) so works of non-mandating rightholders are also covered, with the right to exclude works from the agreement. The National Library and the right holders agreed already in 2009 on a pilot project digitising and making available published works. Following several extensions of the pilot, a permanent licence agreement was signed, in 2012, with Kopinor representing the rightholders. A total of 240,000 books and more than 10,000 cultural and similar journals published in Norway before 2001 have been digitised and made available to the public on Internet under the agreement. Some 4,000 works (just over 1.5% of the total) have been withdrawn.
It is hoped that more digitisation agreements will be agreed between CHIs and CMOs following the implementation of the DSM Directive in the 27 EU Member States.